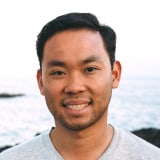 At Mixmax, we send a lot of email. So we run into just about every unicode issue. This post describes a key learning about iterating strings in Javascript and why it's so often done wrong.

Lets look at the simple example of a string containing just one character, the HEAR-NO EVIL MONKEY chracter: 🙉.

When iterating a string, you are actually iterating code points. This will cause your code to have unexpected results if you aren't careful. Take for example this code that reverses a string.

For strings that contain only single code point characters (BMP characters) the function works fine. But when we have a character that is represented as two code points, reversing them puts the surrogate pair in the wrong order and the character becomes unreadable. The key to reversing strings correctly is to detect non-BPM chracters, reverse their order first, then reverse the entire string. Check out @mathias's great esrever module inspired by rapper/computer scientist Missy Elliot.

Want to work on interesting problems like these? Email careers@mixmax.com and let's grab coffee!