Want to Be Sure Your Emails Get Opened? Try these ideas

We’d like to think that everyone reads every email we send. But we all know that’s not how it works.

The reality, according to GetResponse’s latest Email Marketing Benchmarks report, is that not even one in four emails we send gets opened. In fact, in the U.S., that figure drops below one in five. But while we can live with our newsletter getting lost in some subscribers’ inboxes, we need our boss or sales lead to see that critical message.

Of course, we can’t force anyone to open an email. We can make it more likely, though, and we can also track our progress. The three factors under our control? The account we send it from, the subject line we use, and the time when we send it.

How can we use each to optimize our open rate? Let’s see what the data has to say.

Get Atop Their ‘Box

In fact, we found 9 a.m. to be the most popular open time for most days of the week — likely because that’s when many of us in the Pacific Time Zone get to work, and because it’s the start of the lunch hour for our friends in the Eastern Time Zone. If you’re like us, you probably respond to emails in the morning and do so again before taking a break for lunch.

What about the second most popular time? Generally speaking, it’s 6 a.m. on weekdays other than Wednesdays and Fridays, on which days noon gives morning rates a run for their money. We realized that makes sense because 6 a.m. PST is when our east-coast friends typically start their days.

With that said, our study did yield a few surprises. Would you have guessed that 6 a.m. on a Saturday is a popular time to open emails? What about 3 p.m. or 9 p.m. on a Sunday?

What if you’re not working at those times? Mixmax’s “Send Later” feature has you covered. Simply click the red ‘Send Later’ button at the bottom of your email window, and either select a preset time or enter your own. You can even choose the ‘Recommended Send Time’ option that sends out the email when the recipient is most active on email. If you have never sent email to the recipient, Mixmax uses aggregate send data to recommend a send time.

Sending emails on weekdays right before 6 a.m. or 9 a.m. PST makes sense, but what about the sender piece of the puzzle? Should John, the salesperson, send the message because he knows the lead best, or should he tap someone with a higher title to send it for him? Would sending the email from an organizational address give John’s message more authority?

Although you might assume it doesn’t much matter who on your team the email comes from, a joint study by Litmus and Fluent shows otherwise. When deciding whether to open an email, more recipients (42 percent) first check the sender’s name than either the subject line (34 percent) or preview text (24 percent). Therefore, it’s best for the sender to be someone the recipient will immediately recognize. Even though John’s boss might have a more authoritative title, the recipient is less likely to open her email because she hasn’t built trust with the lead.

Wouldn’t the lead be most likely to recognize John’s company name? Perhaps, but it’s too impersonal: Simply using a person’s name in the “send from” field instead of an entity can improve open rates by as much as 35 percent. Even in cases of company-wide announcements, such as an update to the company’s discrimination policy, it’s better to send the update from a human resources staffer’s address than from the general HR account.

That doesn’t mean, however, that you can’t include your company in your “send from” name. In fact, pairing the personalization of a name with the authority of a company or title might be your best bet. When content marketing firm Influence & Co. tested simple “from” names, such as “John Smith,” against “friendly from” names like “John Smith at HiP,” it found that emails with “friendly froms” received 144 percent more total opens and 168 percent more unique opens.

Fortunately, you don’t have to create a new email address to change your send-from name. If you’re a Gmail user, check out our how-to article, which also explains how to import your new name into Mixmax. Although it’s a bit more complex, Office users can change their sender name, too.

You’re sending your emails at the right times and under a personal-yet-authoritative name. To take your open rate even higher, consider your subject line and preview text.

So what’s the key to a stellar subject line? In “Open Me Now,” copywriter Herschell Gordon Lewis recommends playing on one of six marketing motivators: fear, exclusivity, guilt, greed, anger, or need for approval. Choose your motivator based on your message, and then think about the text to deliver it.

For example, fear of missing out might be the best pairing for product-related messages. You could then use phrases like “last chance” or “until it’s gone” to evoke fear in the reader. Or, if you’re trying to boost charitable donations, you might use guilt. Questions like “Are you doing enough?” can induce a sense of guilt without insulting the recipient.

Then there’s the preview, or preheader, text. Simply adding preheader text to your emails can increase your open rate by 30 percent, according to video email tool BombBomb. If you already use preheader text, strengthening it can boost open rates by another 8 percent, e-commerce marketing group Rejoiner found.

The same motivators and messages that make subject lines compelling work with preview text. Generally speaking, the preview text should expand on the subject line while also teasing the message below. But because more than half of all emails are now opened on mobile — and because poor formatting is the top complaint among mobile emailers — a couple of additional rules apply.

First, because mobile email clients display only 35-90 characters of the email message, focus on your first five to eight words. Second, use white space to keep email clients that support more characters from pulling unintended text into the pre-header. To do so, insert zero-width non-joiners ( ‌ ) and non-breaking spaces (   ) in the email code after the preview text. Above all, keep it punchy and personal.

Will optimizing the send time, personalizing the “send from” name, and writing strong subject and preview text ensure every email you send is read? Of course not. However these factors can help you get the open rates that many of our customers experience.

So while you’ll never hit a 100 percent open rate, you can measure and test your way well beyond the one-in-four norm.

Ready to use email to your advantage? Give Mixmax a try and experience open rates of 70-80%. You’ll see improved productivity and more conversions. Affordable, user-based pricing makes Mixmax a low-risk, high-reward option for scaling your sales, success and recruiting teams and ensuring standardized customer processes. 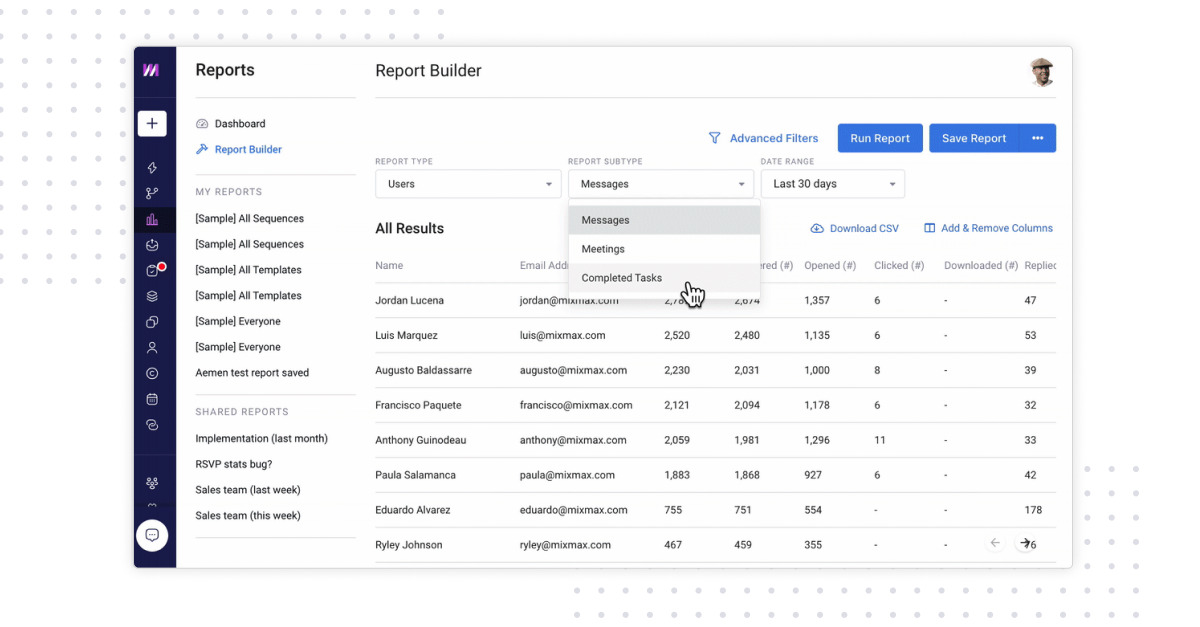 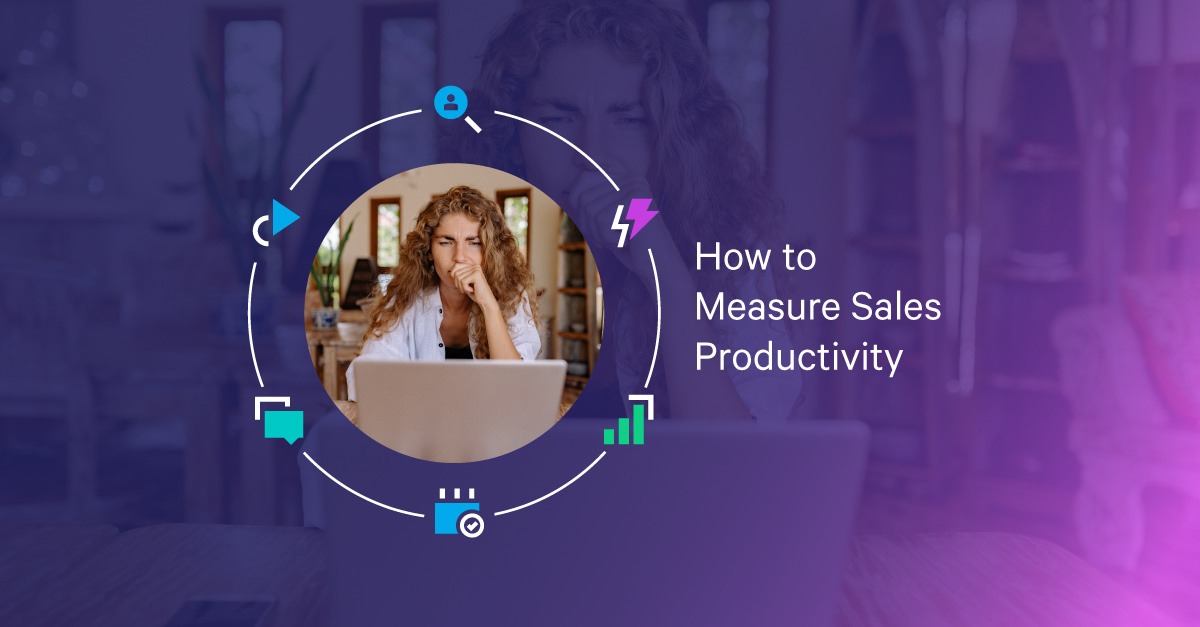