The Creatures of Mixmax

While Mixmax was created in San Francisco, we soon we’re joined by amazing employees across the world, and share a collective mission to provide exceptional experiences for thousands of customers. So it's safe to say that we're feeling extra thankful this year.

With Thanksgiving fresh in the rear view, we wanted to take a break from the political divide and instead focus on what truly matters: our furry, feathered, and scaly overlords we work so hard to provide for.

So without further ado, I present to you… the Creatures of Mixmax. 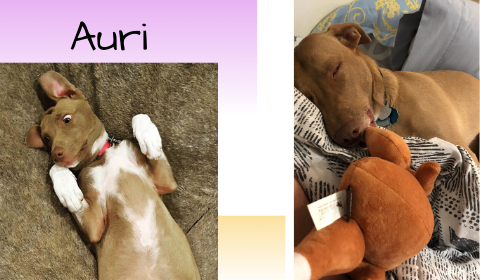 Bio: Despite being young, Auri acts like an elderly senior until she finds herself on a beach or trail. Auri is a shy pup who often waits for encouragement to say hello to strangers, but once she knows you she will lick you to death. Auri will do anything for food except go into the water.

Bio: Rose is a betta fish. She’s probably a he, but was adopted as "Rose" so she’s a she forever. A rescue from a nasty green fishbowl, Rose mostly swims around doing nothing interesting but looking cute doing it.

Bio: Petrie is a maroon-bellied conure, who has moved from New York to Rhode Island to New Hampshire to Vermont and demands a tribute of popcorn every evening.

Millie is an albino rat who loves cuddles and head rubs. Her cage mates Tina and Louise (not pictured) are older and grey/brown, and they grudgingly put up with Millie's boundless energy.

Bio: Hobbs is an Australian Cattle Dog and Basset Hound mix. Found on Petfinder, he was on the list to be euthanized due to overcrowding at a shelter in Texas, so he was saved and brought back to San Francisco.

Huckleberry is an English Setter and Golden Retriever mix. He came from a rescue group in East Texas. He's affectionately referred to as a "special needs dog" because he's crazy (in a good way!). 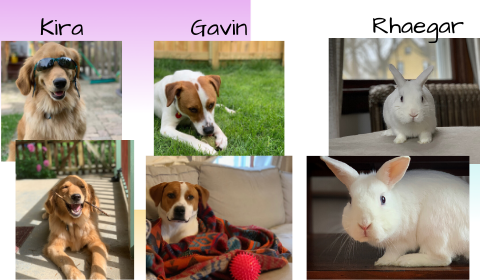 Bio: Kira is a golden retriever with an obsession with swimming and loves to begin hugs with a gentle headbutt.

Gavin is a staffy mix that loves to go running and will literally play fetch forever if you let him.

Rhaegar is a maneless lionhead rabbit who loves to chew through power cords!

Bio: Ziggy is very active, loves attention, and barking at the mailman.

Marley is very calm and collected, loves his frisbee and walks. Also loves to sunbathe which has caused his super sensitive skin to dry up.

They both live their life to the fullest joining us with our hikes, park walks, and occasionally chasing a few squirrels.

Bio: Buster was born after the Giants World Series win and loves to pose for the camera. His specialty is giving puppy dog eyes to get what he wants! His favorite food, salmon.

Bio: Charlie is a beagle mix and was born on a farm in rural Maine. He has very delicate sensibilities -- super picky eater, doesn’t like getting wet (he even goes around puddles on walks), and refuses to continue playing fetch if the ball gets too dirty. He’s a smart boy and knows a lot of tricks, but a little too smart because he won’t do them unless he knows he’s getting paid. Total cuddle bug and lap dog, and like most beagles loves “singing” -- which his owner loves but likely the neighbors don’t. 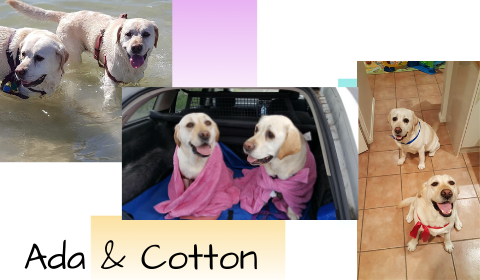 Cotton likes belly rubs, digging holes, and escaping (she’s very clever). Her proudest moment was somehow escaping a locked enclosure and running through the middle of a nearby dog show.

Bio: Lono is the laziest Aussie Blue Heeler you will ever meet. He loves humans, indifferent to other dogs, and follows his dad everywhere (never veering more than 15 feet away). He demands morning belly rubs, loves long sniffs in the park, and has yet to make a friend at UPS. 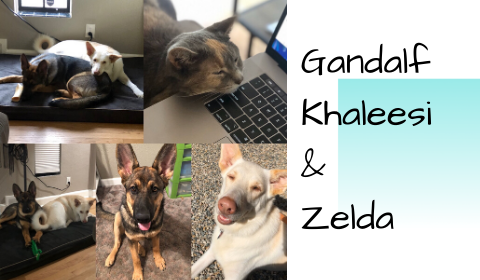 Bio: Gandalf is a lazy diva cat who runs the house and keeps the dogs in their place. She loves popcorn and following her mom around.

Khaleesi is a white shep mix; loves all people, not great at catching treats mid-air, and would cuddle all day if she could.

Zelda is a german shepard who is half demon, half angel; runs 200 mph, and can bring anyone down with her puppy dog eyes.

And with that, we bring you back to your regularly scheduled programs! 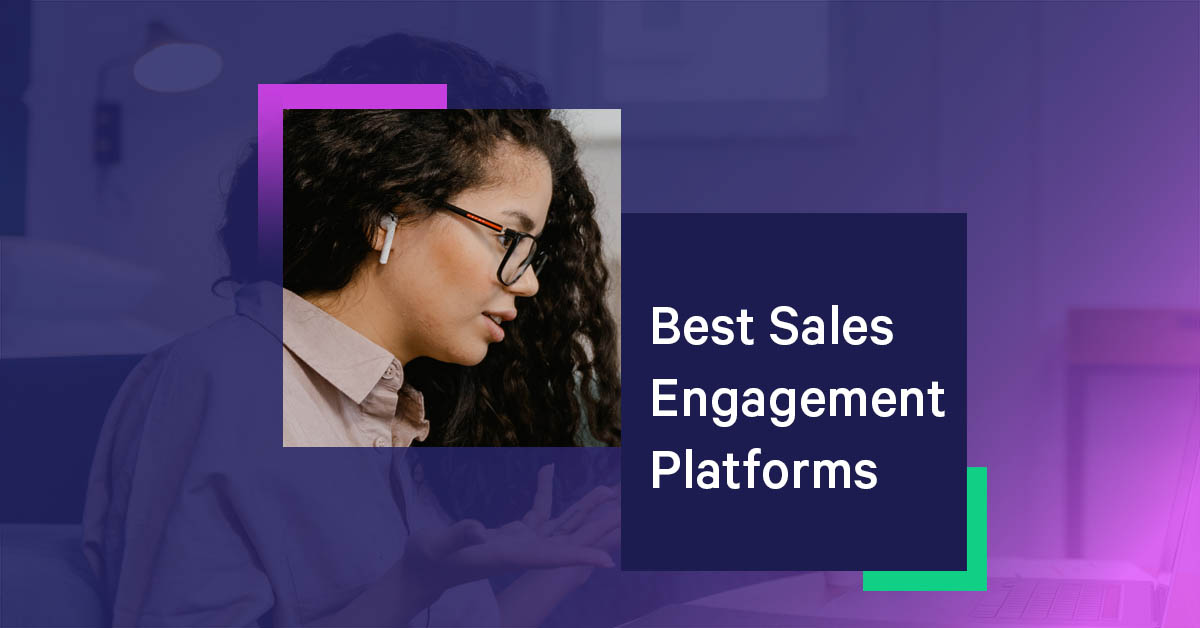 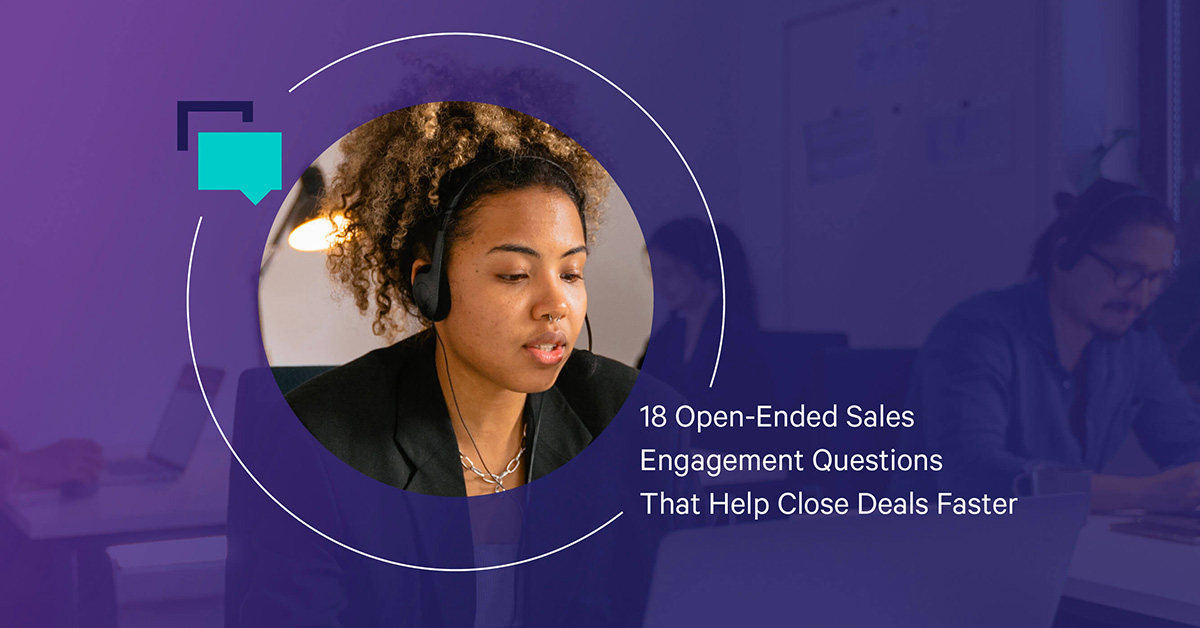 Sales Engagement vs. Sales Enablement: What's the Difference, and When Do You Need Them?